My sister, Micon, was scheduled to fly to Singapore on the last day of Oct. to work as consultant for a P&G account.

Guess what can happen to someone who’s about to work overseas and who has no OEC  (Micon: ” a clearance for those going abroad to work from the Philippines”)?

When she was about to step on the plane itself, the immigration officer looked at her papers and asked her to get her bags (which were already loaded in the plane). She debated, she cried, she called me. Tito Derek called her, pacified her, assured her that everything’s gonna be fine. With help from Tita Net and her young brother Mark who drove their car, the boyfriend and I fetched Micon from NAIA Departure area. I was laughing when I took her bags, saying “Welcome Back!”

In the car, of course she cried again because of three major points: 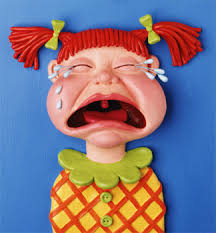 1. How come her friends working in Singapore got away with the tourist visa?

2. Why did she forget to print the “corrected” return ticket? (Her return ticket is on February2011, haha what kind of tourist will return after 3 months and with no letter of invitation from any relative in Singapore?)

3. How dare the immigration officer question her being a consultant?

The last point blew her top. So I pointed out that she looked like a domestic helper. No offense to DHs. The officer was working on stereotypes so I explained that she must’ve been stereotyped with her maong pants and striped blouse. The officer must’ve thought, this young lady is lying! With her disheveled hair and un-consultant way of dressing, she’s no way a consultant!

In other words, Micon was insulted to the bones.

At home, nobody was talking at first, because they’re afraid of Micon Hissy Fit. Only I can talk to her, you know, lunatic to lunatic.

She said, her plan was to finish everything and fly the next day.

Next day, she processed everything with help from Tita Net. From medical to POEA papers. Laguna-Manila-Laguna. She spent more than P20k for this.  When she’s about to get the papers in Calamba, she arrived at 5:05. She was 5 minutes late. So she said she’ll fly the next day.

She had no choice but to bond with us-papa, mama, luis, maeng, maeng’s girlfriend, tommy, ipe, junjun, josep, me, my boyfiend, and micon’s little tartus wayne, for the rest of the day.

The next day I went to QC and she processed her papers.

The next day, the final day, some things went disastrous again.

While I was doing some errands for the Lakwatcha Mag Micon said she’ll book her flight asap and that I needed to accompany her to carry her bags.

So from Commonwealth I rushed to Laloma 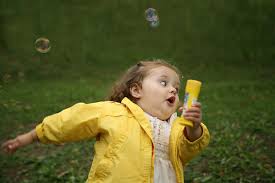 then to the LRT station

then to Sta. Rosa.

But when she got home she said she hasn’t purchased any ticket yet. For some reason, her cards can’t.

So anyway, my father and I waited for her in Balibago Terminal in Sta Rosa as she attempted to buy a plane ticket in SM. After an hour waiting because of suuuuuuuuuuuuuuper heavy traffic in Balibago, she arrived with no ticket.

At 6:30pm we hopped on a bus, put her huge baggage in the bus’ compartment and chatted on our way to Manila to meet our Tito Bu who’d help her buy the precious ticket. Tito Derek also called to make sure that all’s well this time.

At 8pm we were the last passengers to get off the bus (in front of SM North) and to our horror, Micon’s baggage was gone. 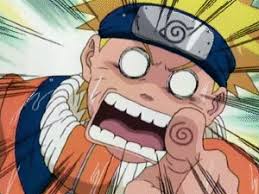 Papa told Micon not to panic. She was in shock.

We rode the bus again since we were creating heavy traffic. At Jam’s terminal near Muñoz, everybody was trying to figure out where the F the bag went. Obviously it was stolen. But when? How? While Micon was crying I called my boyfiend (who was waiting in SM North) then Tito Bu (who was waiting in his car in Trinoma) to fetch us. 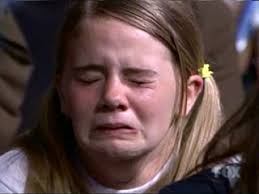 In the car, Micon was starting her hissy fit when Papa told her to calm down since this is Life’s natural way of challenging her so she needs to be strong and that she should expect worse problems as she aspire for greater heights.

Then she fell silent and started to remember the things in the luggage.

Then she was ok as we reached my uncle’s house in Fairview.

After a quick dinner, my uncle and his wife bought her ticket and gave her a new towel, a set of toothbrush, a beauty soap, and a corporate attire.

When we took a bus to NAIA, guess what. Nasiraan ang bus. We hailed a cab. The driver must’ve thought we are clueless about Manila streets so he went round and round in Pasay till my father (who’s ready to kill anyone anytime) snapped on him.

Then we reached the weeeeeeee airport! We waited for half an hour before Micon pushed her cart (loaded with 2 hand carry bags and a shoulder bag) to the lounge. She was wearing a beautiful black sleeveless dress and mahogany strap sandals.

She looked like a consultant on a tourist trip.

@cherry hahaha kulit no? yas, best of luck to her!

@JR hahaha
@Eng i miss you too!