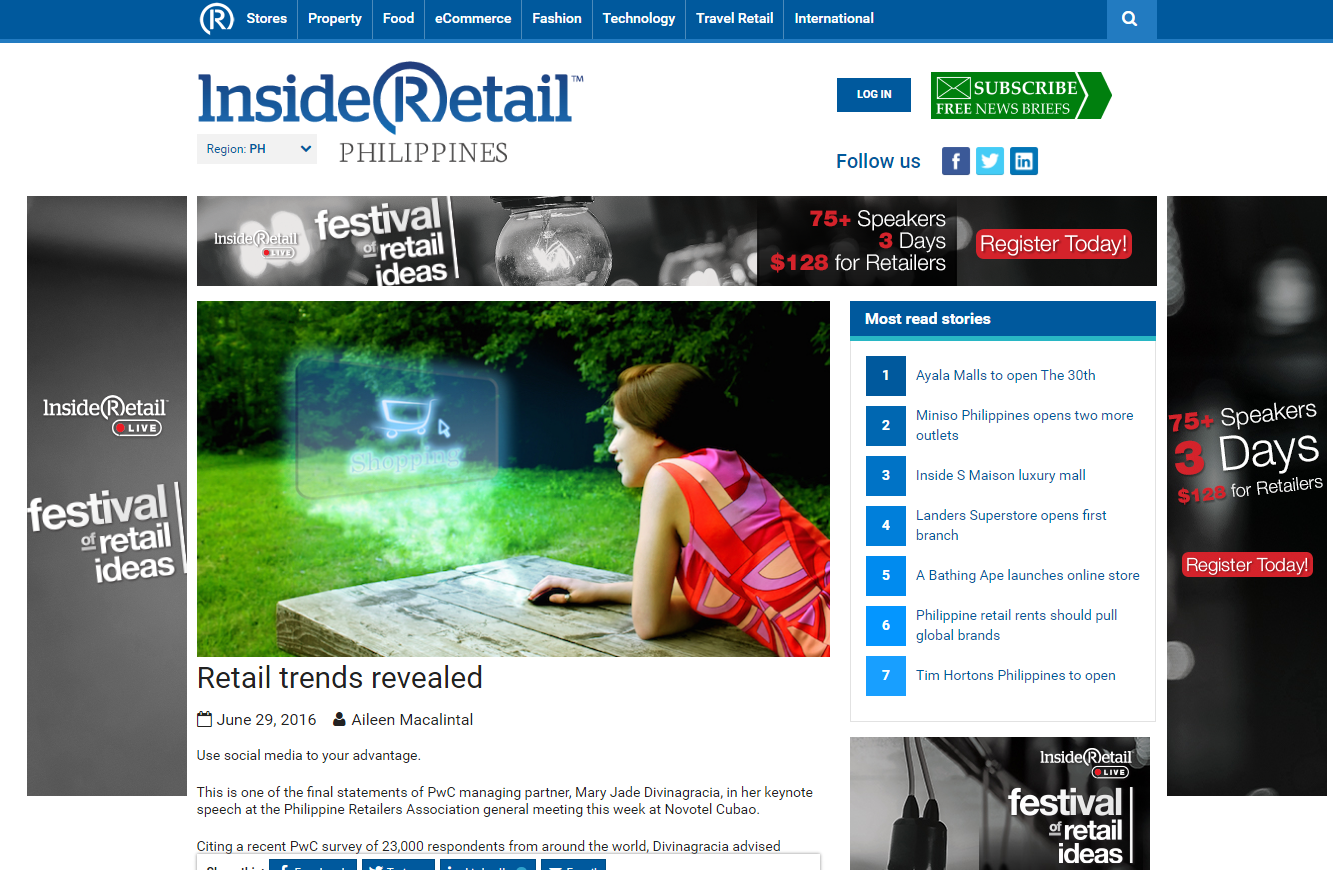 Use social media to your advantage.

This is one of the final statements of PwC managing partner, Mary Jade Divinagracia, in her keynote speech at the Philippine Retailers Association general meeting this week at Novotel Cubao.

Citing a recent PwC survey of 23,000 respondents from around the world, Divinagracia advised retailers not to ignore the trend of mobile shopping and the use of social media promotion.

“Social media is a global influencer,” Divinagracia said. Currently it is being consumed as if it’s a basic necessity, she said.

“Social media has transformed our lives and has become a powerful retail channel in the last couple of years. While still in an infancy stage, the growth of social media [as driver of retail sales and traffic] has been undeniable.”

The global survey this year also showed that 78 per cent of the respondents have been influenced in ways more than one by social media. “Reviews and comments appear to be a great influencer when it comes to buying decisions.”

In a separate study, 64 per cent of Filipinos rely on social media for reviews and feedback, she said. This is why Philippine retailers are urged to improve their online presence.

Another trend not to be ignored is mobile shopping.

“A bigger proportion of consumers of the surveyed population in emerging markets have purchased online via mobile devices, be it tablet, phone or even wearable device,” Divinagracia said.

Since 2012 there has been an increase in shoppers who use their mobile phones in making a purchase. More than half of the surveyed respondents in 2015 said that they have used their smartphones in online purchase. This is a ‘reverse trend’ from 2012, when virtually zero per cent shopped online.