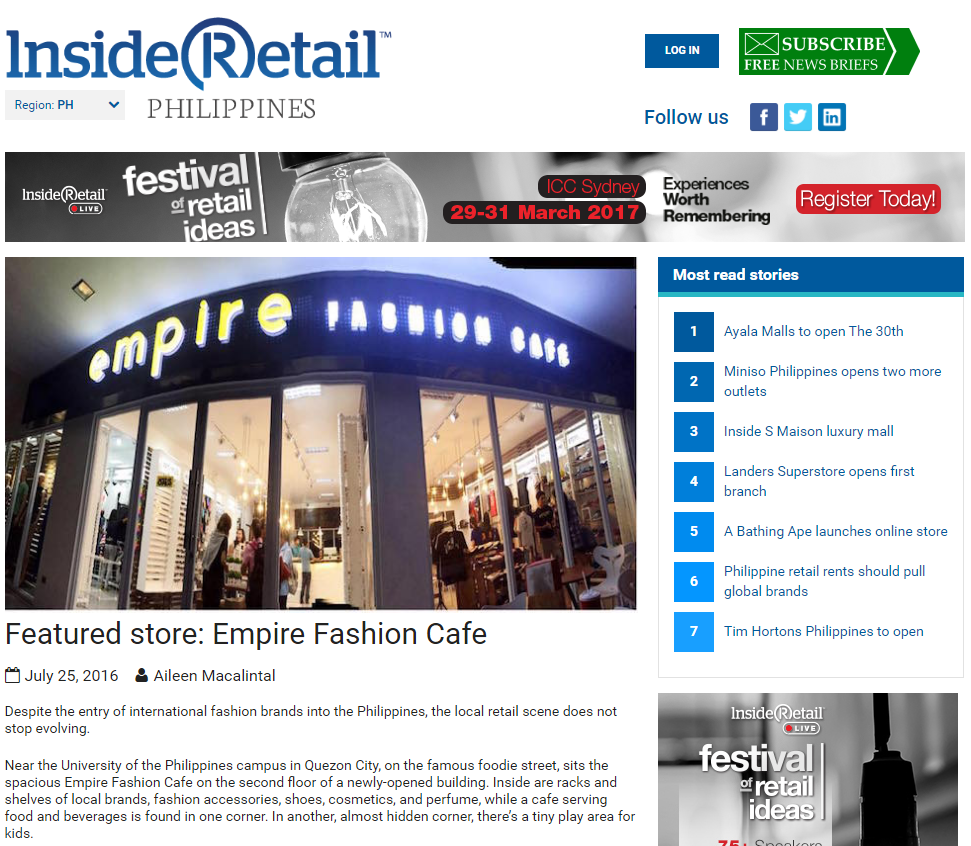 Despite the entry of international fashion brands into the Philippines, the local retail scene does not stop evolving.

Near the University of the Philippines campus in Quezon City, on the famous foodie street, sits the spacious Empire Fashion Cafe on the second floor of a newly-opened building. Inside are racks and shelves of local brands, fashion accessories, shoes, cosmetics, and perfume, while a cafe serving food and beverages is found in one corner. In another, almost hidden corner, there’s a tiny play area for kids.

Empire Fashion Cafe’s store in Maginhawa St, Quezon City is its biggest – with 315 sqm, more than twice the size of its store on Lilac St, Marikina (130 sqm). All of its three stores were designed by the owners, inspired by their favourite retail shops around the world.

Geri Arenas, co-owner and head marketing of Empire Fashion Cafe, tells Inside Retail Philippines how she and her business partners came up with the idea of fusing fashion, food and kids’ corner into one store.

Together with Mitchelle Tan (president and CFO), Mharl Pineda (head of operations) and Maan Macapagal (VP), Geri has collaborated with online sellers and bazaar vendors in putting up stores around Manila.