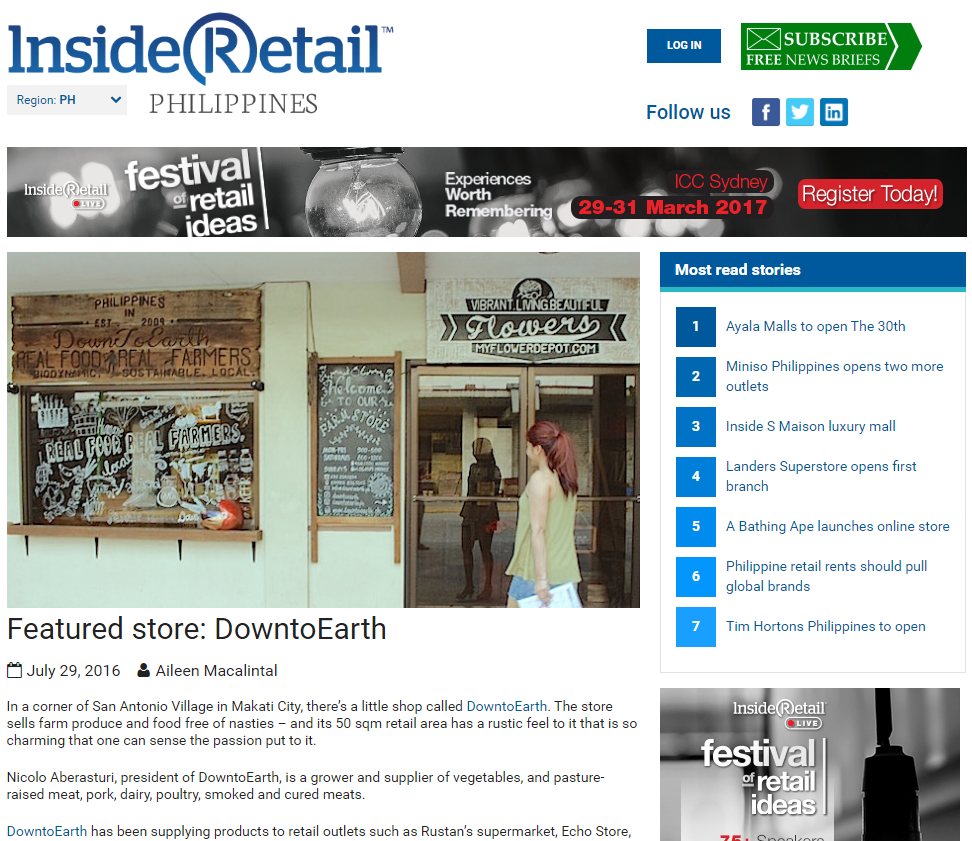 In a corner of San Antonio Village in Makati City, there’s a little shop called DowntoEarth. The store sells farm produce and food free of nasties – and its 50 sqm retail area has a rustic feel to it that is so charming that one can sense the passion put to it.

Nicolo Aberasturi, president of DowntoEarth, is a grower and supplier of vegetables, and pasture-raised meat, pork, dairy, poultry, smoked and cured meats.

DowntoEarth has been supplying products to retail outlets such as Rustan’s supermarket, Echo Store, Sugarleaf, Real Food and Santi’s since 2010. It also takes part in Makati’s weekend farmers’ markets in Salcedo and Legaspi villages.

Asked where it sources its products, DowntoEarth shared that it has farms in Bukidnon and gets some of its meat from small family farms around Mindanao. It also has a backyard farm in the owners’ home in Sta. Rosa, Laguna, where they raise heritage breed chickens, fruits, vegetables and edible flowers.

Aberasturi himself has been farming for 20 years, and in 2004 he began practicing sustainable agriculture and later on applied ‘bio-dynamics’ – a form of agriculture similar to organic farming.