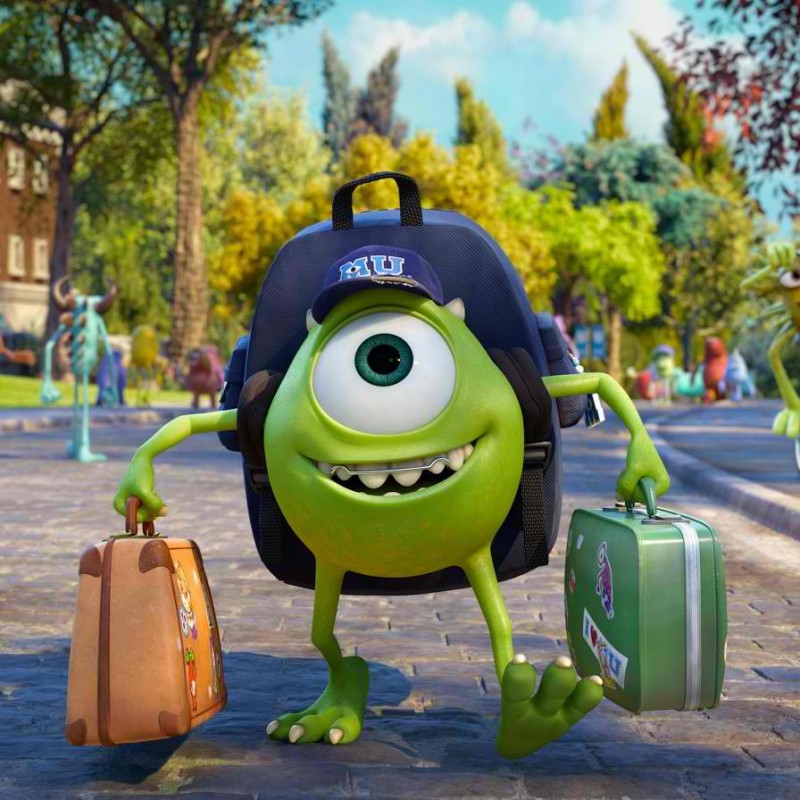 Being a monster is not easy

There’s a scene in Monsters University where Mike Wazowski was sitting by a lake, looking at the moon, contemplating his failure in being a monster.

He’s a monster alright but the dean and other monsters think he lacks the scare factor, an essential element in one’s monstrosity. He’s not scary enough, they said, and ought to be kicked out of the university program he’s been working hard to complete.

I had such a memory back in the University of the Philippines.

There’s the  moon. I was sitting outside the second-floor apartment unit I share with other college students. The spot was overlooking a lake of tin roofs of college dorms and apartment. I was fighting back tears because that day, I was put on a ‘hot seat’ in a major writing subject, and the terror professor slammed my work for the nth time. I was devastated because I had been working on my writing skills by reading a lot and keeping notebooks of words and phrases that could someday lay the foundation of my style. In my mind, I gave up that day: I am not a writer and will never be one, I told myself. But I’d like to think that after an incredible number of rejections and failures, I stood my ground like Mike W. and has somehow become the monster I dreamed of becoming.

Monsters University‘s touching scenes are somewhat Disneyfied — of course, John Lasseter is all over the credits. But the ending is very Pixar – they were kicked out of the university but they succeeded following their hearts’ calling. This kind of ending is a happy news for us who have grown to love Pixar films (or those of us who would sit and wait till the last lines of closing credits just to see the signature Pixar “postcript” scene). This film does not have the emotional impact as that of Toy Story 3 (as friend J pointed out), but at least it wasn’t lacking in plot like Brave.

All in all, I enjoyed this movie, which I watched with Mike and four-year old Marcus, who laughed louder than us (Sorry, Mike Wazowski, kids aren’t really scared of you).