a voyeur's notes on the Pelicula (9th Spanish Film Festival)

A friend treated me to an all-night film marathon at Greenbelt 3 this month. That was the PELICULA sponsored by Instituto Cervantes.

First film is a sober story about a death in the family. 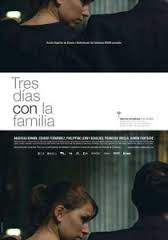 Like in other Pinoy films where there’s death in the family, secrets are spilled and relationships make or break. It’s fascinating to watch a young woman of your own age who’s struggling to make her lovelife work, put some direction to her career path, and live with family/clan issues. Talk about chains in your life. I almost cried when everything collapses in the universe of the protagonist: her boyfriend leaves her, her parents separate, her relatives act as if nothing’s wrong in their rotten family. Then everything-hurtful memories and awkward silences-gets buried together with her grandfather in the final scene.

We went out of the Cinema giggling because of the last long scene of the family quietly watching the burial. Almost absurd, if you ask me.

For the next film, our friend Ryan R. joined us to watch a most disturbing film: 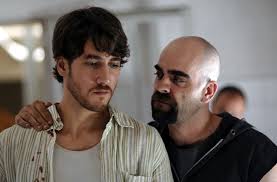 *Celda 211
Director: Daniel Monzón
Awards:
8 Goya Awards 2009 (16 nominations) Best film, best director and best starring character.
Synopsis:
The very same day Juan starts working as a prison civil servant he gets trapped in a riot. He then pretends to be a prisoner in an attempt to protect his life and to end up with the prisoner’s rebellion. Juan has to use his intelligence and wit in order to face that unpredictable and paradoxical situation. 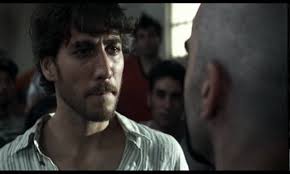 Celda 211 reminds me of Gabriel Garcia Marquez’s short story “I Only Came To Use the Phone” where the protagonist was mistaken for a mental hospital patient and was therefore taken in. In this film, the protagonist had to act like an inmate, else, he will be murdered in the middle of  a prison break. Even though the prisoners were locked in the building, they still have the upper hand because they got hostages when they broke free out of their cells. 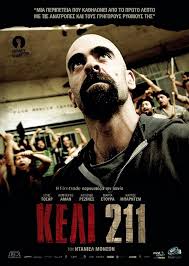 Every scene held us captive. And nervous. And scared. I actually hoped Juan didn’t go to work that day or that he’s taken to the infirmary instead of the vacant celda 211 where he was trapped. 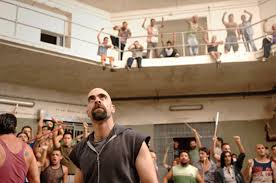 We left with a heavy heart.

As if to give us a kind of recovery, our last film–this time with another friend, Connet B., is a comedy. But I wasn’t really laughing. 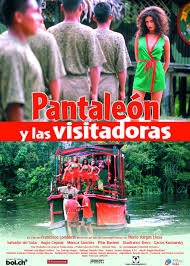 It’s a kinky story about diligent Capt. Pantaleon being assigned the task of gathering sex workers to service the military.

Since Panta loves his work so much (so much that he’d literally cry without it) he agreed to doing the assignment despite his loyalty to his wife and clean record since birth.

It was an amusing storyline. Imagine a hard-working top-of-the-line military man of honors who’s as meticulous to details as a mother, managing a whorehouse? Well, all’s running well.

But, duh, what happens if you are exposed to prostitution and the prostitutes? And you are a dick, I mean, you have one?

Then you get wet.