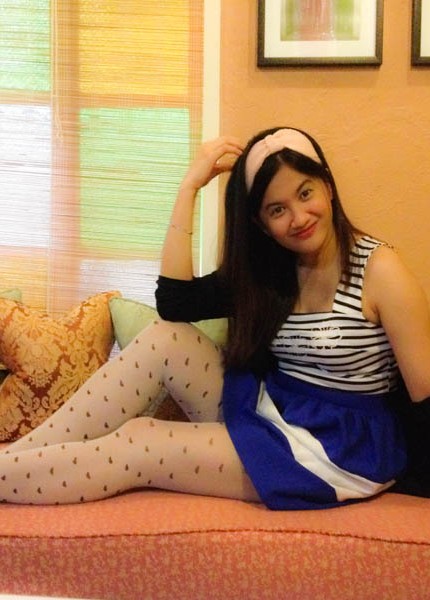 A cozy inn one night a superstorm washed Puerto Princesa

Inns are usually country houses where travelers dine and rent a room to sleep in. Aside from lodging, it’s also defined as “a residence formerly provided for British students in London and especially for students of law” (Merriam). The word ‘inn,’ first used in the 12th century, is sometimes interchanged with ‘hostel’  (first use: 14th century; “an inexpensive place usually for young travelers to stay overnight).

In the Philippines, it’s a rare treat if you happen to find an inn that has fine aesthetic taste, at a reasonable price. Here’s one in Palawan. November last year. Mike and I flew to Puerto Princesa from where we’re supposed to take a 6-hour bus ride to the paradise El Nido, but then came supertyphoon Haiyan and almost ruined our travel had we not used it to our advantage. Clueless at the windy airport, Mike called his father’s business partner, a lovely woman who moved from Makati to settle down in Puerto Princesa with family. The businesswoman was kind enough to serve us sinigang na tuna, followed by steaming cups of coffee while we felt the first blows of Yolanda. She said Palawan has always been out of the way of storms and is flood-free because of the well-preserved trees. She also said the government has an inventory of trees as well as other natural resources, so even cutting a small tree requires a trail of permits.

After eating, we were advised to stay in town and postpone our trip to the following day. I was telling Mike that I found a cute inn in the Internet — its name, I recalled, has ‘purple’ in it. Our lunch hosts heard this, so they decided to drive us to that new place, the Purple Courtyard Inn.

Thank cloudy heavens for taking us to one of the cutest inns, if not the cutest in Puerto Princesa. Think Miss Honey’s cottage in Matilda or Vanilla Cupcake Bakery.

We paid P1500 for our overnight stay, received our keys, and walked across a pathway to the small courtyard, passing by some rooms for families and group of friends. The rooms were empty though because of the storm, and there’s no one around except a lone foreigner and his MacBook.

The colors, the details, the artworks  of the Inn– all of these were in sweet harmony. The moment we stepped into our room, we did what was standard protocol: Mike put our bags in proper places and sorted our stuff, while I jumped on the beds. We watched cable news covering Yolanda, then took a nap. In the afternoon, we rode a tricycle that took us around the town, which felt a little like some Laguna provincial highways, then we went to Robinsons where I bought Joan Didion’s The Year of Magical Thinking at Book Sale. Before we went ‘home,’ we had our dinner and some drinks at Tiki Bar about 10 minutes from the mall, then traipsed all over central town under a pouring rain. Dunkin Donuts was our take-home. In the evening, at the height of signal number 4, I challenged Mike to walk outside with me to buy some fruits and cup noodles. He accepted. We borrowed an umbrella (it’s purple too!) and walked huddled together under heavy rains and dangerous sky. We found a sari sari store, picked a bunch of bananas and cups of noodle soup, and ambled back. After filling our tummy, Mike went to sleep and I listened to the passing of the storm. One of the creepiest nights for a traveller, if you ask me, but I was optimistic that the weather would cooperate the next day.

And the morning did. The rain stopped. Our breakfast was served in the Inn’s restaurant called the White Fence Country Cafe. Everything fell into its lovely place. If it weren’t for the storm, we wouldn’t have discovered the inn that has now a special corner in our hearts.

Check out their website here: purplefountain.weebly.com and watch out for other Palawan posts this month (oh, there’s only a week left. Before you knew it, it’s already 2015)

Ang nice naman nung place, Mama Ai. Nice pa yung interiors and lighting nung room. Yes, finding an affordable yet stylish inn here in the Philippines is so damn hard. It’s really frustrating especially for people like us who travel on a limited budget. Hopefully more precious gems like this inn open all over the country. And I love the name of the place. Purple! ^_^

Yes! Even the lighting was well thought of. It has this hotel-ish feel to it and I loved it! If more tourism entrepreneurs would take style and good taste to heart, theyd take an extra mile to make inns and other accommodations extra special.

“We borrowed an umbrella (it’s purple too!) and walked huddled together under heavy rains and dangerous sky. ”