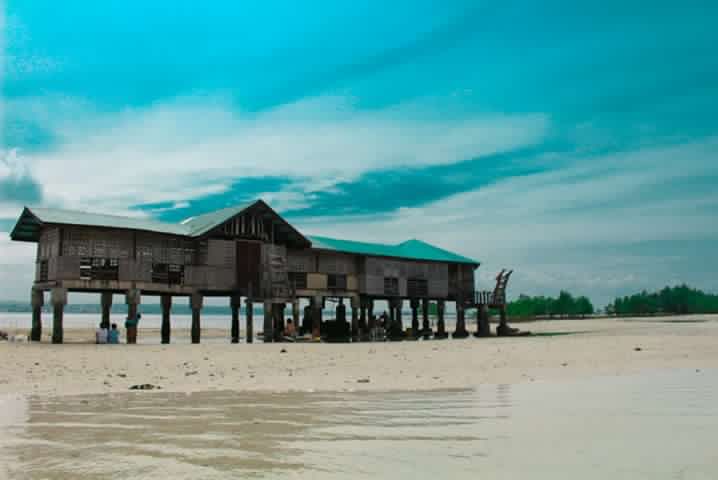 Go to Davao for food, Samal, and food Where are the people? Mike and I asked when we were walking down the streets of Davao.

One weekend we met my dearest friends, K., G., and A. in Davao City upon the invitation of the internationally acclaimed filmmaker and writer Arnel Mardoquio, who was born in Davao. The trip to the South has been planned and postponed many times so we were excited when we finally flew to the city known for pomelo, mangosteen, durian, beaches, No Smoking rules, and the Dutertes.

We arrived Saturday morning and the streets were clean, the air fresh, and cabs multi-colored. I couldn’t take my eyes off the pink and green and blue cars. The airport wasn’t busy, but I guess that’s because the city was just waking up. From the airport to the dormitel where my friends were waiting, we passed by houses, stores, car dealers, restaurants, coffee shops, and eateries. I expected a populated place such as Quezon City, since Davao is a huge and important economic province that contributes to the country’s exports, but not many were out in the streets in the morning and evening, weekend and weekday (we were there till Monday). Our first stop was Samal. Direk Arnel and K brought us to the Vanishing Island. Why it’s called such–we learned early in the afternoon when after the island paradise life of swimming-eating-sunbathing the water crept up to cover the island until we had to stand, carry our dry bags, and call our boatman to take us back to mainland Samal. It was a unique experience.  I managed to walk around to take shots of this mysterious-looking abandoned house and the rows of mangroves before the island completely vanished. As far as I remember, our next stops were all gastronomic treats. Direk made sure that our bellies were all filled with good stuff from the steaming sinigang na hipon to pakfry. “Pakfry” is their monicker for tuna cooked in vinegar and spices (paksiw) then fried. I bet Mike included the pakfry in his prayers that night (salamat po, for the amazing gift of pakfry to mankind–he might’ve whispered). Bottles of beer flowed after dinner, and we said goodbye to our host and to our friends who flew back to Manila. Mike and I continued our tummy trip the next days at Barbeque Boss (6 pesos per stick, minimum of 5 sticks), a Vietnamese-Japanese restaurant near People’s Park, and at Penong’s where Mike’s colleague (their company has an office in Davao) treated us to seafood feast. There was also this French-owned restaurant that we tried, but overall the best food experience happened in the Vanishing Island: sinigang, kilawin, fried fish, pork, cucumber, beer, sand, sea, sun.