How not to be scared watching horror films

Horror films don’t scare me now as much as they did before.

I wouldn’t say it’s because I’ve grown up or that horror films have become less effective, but it’s probably because in the past three years, I encountered so much horror and corporate stress that could equal the terror of horror films, to the point that I needed something strong to distract me. There was even a time when I was very anxious about calling a high-profile source so I imagined faceless white ladies haunting toilet cubicles to remind myself that there are scarier things than a phone interview.

I remembered all these when a budding filmmaker friend was asking us yesterday what horror films have scared us, for a paper she’s writing. We came up with a quick, short list: 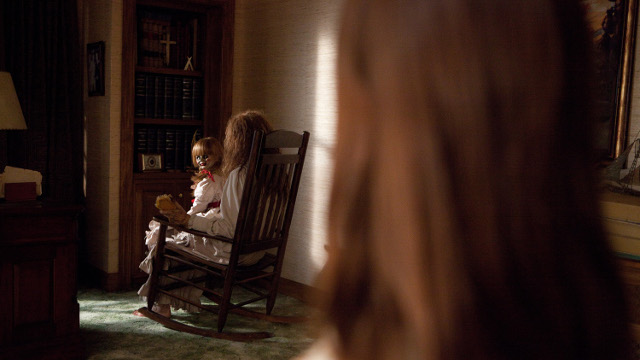 Three of these – Insidious, Conjuring and Paranormal Activity – I watched with Mike (Conjuring, with relatives and Mike). Mike is the scaredy cat but once I start laughing at scary scenes, his fear diffuses in an instant. Why are you laughing, he would ask; I’d state the obvious: (Paranormal) cuz something is pulling the blanket!! [ha ha ha] or, (Insidious) there’s a dancing kid inside her home [ha ha ha]!! Other than that, I don’t know how to answer.

To be honest though, I used to be the quiet one who covers the eyes or jumps out of the seat. Example: when I watched The Others on big screen.

A few more horror films later —Emily Rose, The Grudge, Changi Hospital, One Missed Call, etc. — I must’ve learned to understand and empathize with the ghosts, the dead, the spirits, the wailing ladies, the eyeless children crying for justice, and other paranormal entities in movies.

Still, it would be great to watch horror films again and be paranoid of the dark, 3am, bath tubs, toilet mirrors, the bathroom, hospital hallways, empty school corridors, the hole in the ceiling, grandmother’s aparador, cabinets, closets, open windows, close doors, blinking lights, the wind.

The secret to extinguishing any fear while watching horror is by setting your expectations — expect the scariest that could come out of the film and psych yourself that it’s just a movie. That, or push yourself to life challenges that can put you in dreadful situations (which are prerequisites to fearless ambitions) that no amount of horror films can terrify you.

Today my dose of horror came from the senate probe on the pork barrel scam as the whistleblowers stepped forward to testify how millions of pesos have been funneled into fake NGOs and foundations under Napoles. One of them said that indeed, they put some bags of money into Napoles’ bathtub when there’s no more room. Much has to be exposed in this scam, and as friends put it, it’s the unknown that could scare the hell out of you most.

I cannot believe you. hahaha! Look at them.

I had a roomie back in college who was deathly afraid of anything and everything remotely creepy or scary. One time, me and the other housemates used a photo of Sadako for my PCs screensaver because we knew she would use it later that night. We (and nearly half the residents of the compound) were awoken by her scream around midnight. She was hysterical and almost had an asthma attack. But I kept the wallpaper until she finally figured out how to disable it. Yes, we were mean roomies. LOL