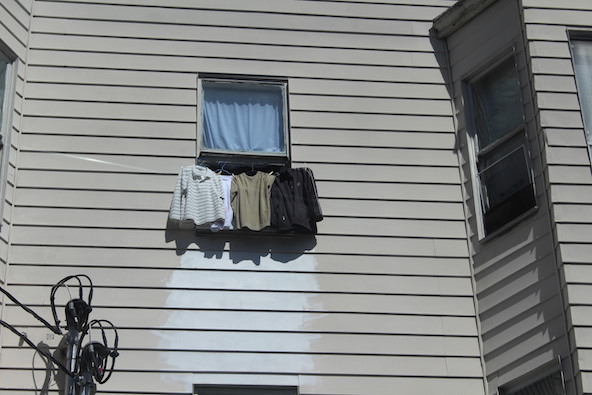 “Today I’ll teach you how to plagiarize,” I told my students one semester at the University. That must’ve been enough to catch their attention for the rest of the lecture.

First, I told them, don’t cite your sources. I was teaching English 2 (that’s Comm 2 for us, older UP alumni) and the library research paper was the final output. Fool your teacher into thinking you’re so bright that everything you wrote is yours, even if it’s not, I continued. Copy sentences and phrases then put them together, and pray you don’t get caught –because if you do, you have to face consequences you’ll never forget.

Plagiarism is the English Division’s (if not the University’s) worst enemy. Aside from its effects on the students’ integrity, the big “P” comes as a personal insult to the academic who has been married to words and whose eyes have been trained to pick up writing patterns, styles and nuances. To emphasize the gravity of this academic crime, one source describes plagiarism as ‘egregious’ – a word I like to use in discussing this topic because 1.) it captures the full picture and 2.) students go “what the hell is that word” so they look it up.

Apparently, the now infamous Mark Joseph Solis was not fully aware of how ugly things will turn out with plagiarism. Solis has submitted the work of social entrepreneur and founder of Children at Risk Foundation, Gregory Smith, to a photo contest announced by the Chilean ambassador to Manila, and – the painful part – won.

With today’s social media and the phenomenon of vast, open, online sources, isn’t it unethical and downright dumb to steal somebody else’s work (that’s easily accessible) for an important cause? Classic example: Tito Sotto.

In his apologia to Smith, Solis wrote that his actions were unfortunately driven by his “youth, lack of experience, and the inability to see the repercussions of [his] actions.” This is unacceptable. Trying to avoid the pitfalls of ad hominem, I say:

1. He’s 22. Sure, this is within the province of “youth”. But twenty-somethings are young adults. In anthropology, social “rites” such as graduation, birthday debut (21 for males) and circumcision mark the beginning of growth; society expects you to grow up. For sure though, the recent events will catapult the plagiarist into harsh awakenings and hopefully, maturity.

2. On lack of experience: if you will look at Rappler reports, some details made this excuse lame. One lead reads, Solis is from “the country’s premier state university.” In addition,

“He is currently taking up his Masters in Public Administration at the National College of Public Administration and Governance (UP NCPAG). He is a member of the UP Debate Society and has competed in debate competitions around Asia./ He was also a Japan Student Services Association exchange scholar at the Faculty of Law of the Kyushu University in Japan. He was also awarded by the International Debate Education Association a scholarship to Thailand and the Japan East Asia Network of Exchange for Youth Scholarship Student Ambassadorial grant to Japan in 2010.”

If this is what he calls ‘lack of experience,’ looks like millions of twenty-somethings out there seriously need a life.

3. Lastly, “inability to see the repercussions of my actions.” Intellectual property, copyright infringement, plagiarism – these are words too big to be missed in the university, where the buzzword is not only excellence, but so is honor. And integrity, which means doing the right thing even when no one is looking.

The apologia would’ve been more honest had the plagiarist admitted that what actually drove him is similar to what drives corrupt men and women of the country: greed. But of course he wouldn’t do that. In the academe, unintentional plagiarism is one step more forgivable than intentional plagiarism. He downplayed any appearance of Intentions to Plagiarize by indicating that he was just, well, young and stupid.

Now putting things into perspective, why should we condemn Solis’ plagiarism? The commonsensical answer is because dishonesty is bad. Give it more thought, you know honesty is important in artistic and intellectual creation such as photo contests because it gives original artists due recognition (thus encouraging more creativity and originality). Moreover, without the shortcut called ‘plagiarism’ budding artists can also discover potential talent or hidden gem in them waiting to be discovered.

Interesting how this issue surfaced at the time of the pork barrel scam, which is another issue where honesty is important. More and more people are believing that the Truth will set the nation free from the evils of greed and will push the Philippines to better heights, so  let’s condemn all forms of theft and dishonesty once and for all. Going back to the question, how do you plagiarize? There’s a simple formula. Lose self-respect and prepare for social suicide.