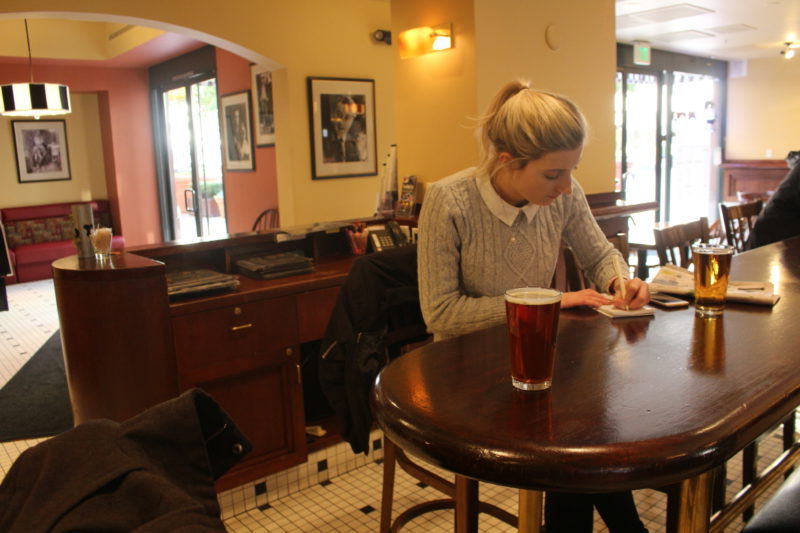 Russian-speaking prosecutor, Japanese foodies, and other people you interview for J-School

In the US and in the Philippines,  journalists have been at the receiving end of unfair criticisms (“dishonest people,” “biased,” “failing”) from the government and its supporters. For journalists and students of journalism, this could be unsettling or discouraging or could be taken as a challenge, or all of the above. At the UC Berkeley Graduate School of Journalism, this is met constructively (and perhaps with some swearing) with seminars and workshops focusing on how to report during Trump’s administration, how to tackle fake news, et cetera.

In the classrooms, more attention is of course given to the sharpening of journalism skills than dwelling on the constant attack against the fourth estate.

The first four weeks at the J-School became easy once the dust of panic has settled. And what made the first month a somewhat enjoyable experience is the different people one meets while interviewing for a news article or for a memo.

There was Martha Boersch, former federal prosecutor who speaks Russian and who led the US investigation that put Ukraine’s former prime minister to jail. Now she is a partner at her own law firm in the Bay Area. Her presence left a good impression on me and my fellow Mundus student after we interviewed her in a Scandinavian-style office, which had a heater set to what felt like a comfortable 30 degrees celsius.  She was straight out of Devil Wears Prada, but minus the evil attitude; she looked well put together and her manner of speaking royal. After the interview she expressed her respect for the work that journalists do. Lizzie Roberts and I, uplifted by this rare appreciation for journalism and sort of starstruck with the interviewee, celebrated our first expert interview for J-School with a happy hour somewhere in a pub in Oakland — it’s also the first time Lizzie and I talked about our lives back in Aarhus, Denmark.

There were also German photographer-sculptor Flo Maak and Danish filmmaker Lasse Lau, artists in residence at Pro Arts Gallery in Oakland. They were fascinating to interview because of their insights into the representations of gender in the arts and the things that trouble artists and society. The interview lasted an hour – which I had to cut as I needed to run back to UC Berkeley. Many parts of the interview didn’t make it to the final piece, like their challenge in looking for housing in Oakland, which is basically everyone’s issue in the Bay Area: rising housing prices coinciding with the sprouting of tech companies in the Silicon Valley and San Francisco. They also mentioned their art inspiration, other historical events that influenced their art, how they didn’t expect Trump to win, and how close their exhibit is to the protest grounds, but most of these were not included in the already long article. Later on,  though, Flo emailed to say that they liked the article published on Oakland North.

My last interviewees up to this date are the business owners of a Japanese mart, which has been tying up with a local bar to host the annual Japan Beer Festival — as part of San Francisco’s beer week. Speaking with them yesterday was smooth and interesting as they shared their thoughts on what makes Japanese craft beer special and how it is best enjoyed (with small portions of food, of course!). Their shop and merchandise were designed by a Danish artist – yes, the Danish connection keeps on coming up. One would realize how close Danish or Scandinavian aesthetics is to Japanese minimalism and sense of clean perfection.

Now, I need to start writing the story as I need to file it tomorrow. If only there’s beer around…
Update: the beer story has been published here: Beer Lovers Enjoy New Tastes at Japan Beer Fest and Trump has a new name for the media:  “Enemy of the American People” and in response to this, journalists are tweeting that they are #NotTheEnemy

Lastly, since my first two stories are relatively light, my third story will look into a more complex topic – immigrants.

Lizzie’s stories can be found here: (All photos above by this blogger. Last photo is by Y. Prado)

You are pretty, whatever side! 🙂