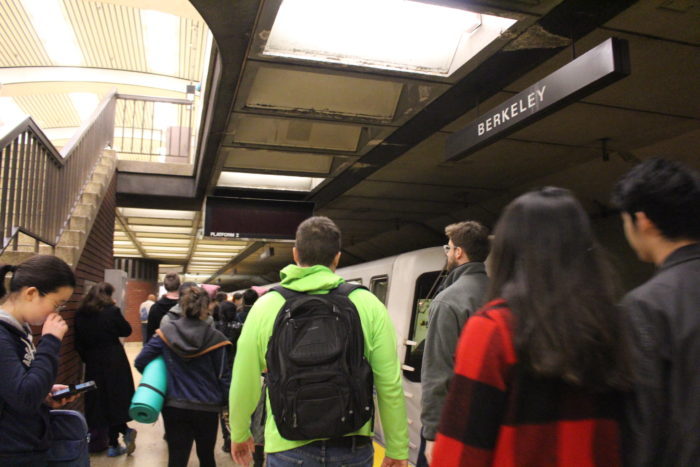 Before I get swamped in Berkeley

Before I get swamped in Berkeley, here is an update.

I’m in the United States. In the middle of history unfolding, perhaps the end of Pax Americana. “We live in exciting times,” a professor said this afternoon. I heard there will be more protests to come, in response to the new leadership in the most powerful country on Earth. Interesting times indeed, and volatile too.

This semester is a continuation of my program in Denmark. I didn’t quit the Erasmus Mundus program. A classmate of mine and I are spending Spring 2017 at the University of California Berkeley. We’re classmates in some subjects – not all, as we have different interests.

Our professors are top-notch. Some of them are Pulitzer Prize awardee, published authors, famous TV producer, and veterans in journalism. The courses are demanding, with weekly assignments such as photo shoot and field reporting, but the professors are approachable and kind.

The classes are small, 9 to 12 (one is almost 20), and everyone seems to know everyone. Lizzie and I seem to have landed in the middle of things as our new classmates are already deep into investigating stories they’ve been working on since the previous semester. Our classrooms have a character, like real media conference rooms. In one subject, we can pass food around while listening to our editor/lecturer-in-chief assess the class’ story pitches.

Lizzie and I grabbed a coffee this morning while talking about our first classes. We think they’re intense but we’ll need to adapt quick. Coffee is one way. We need caffeine to catch up with the energy in the “newsrooms.” There is no time to relax. Not especially with this new administration. Another way not to be left behind is by updating ourselves with news. Lizzie couldn’t believe I don’t have a Twitter account – I’ve been putting it off because I didn’t want to expand my digital presence (I abandoned my Instagram account in 2012). But since our subjects require us to be in the loop of everything, I decided to sign up (@aiscracker).

Trump is one of the first that I followed because his Twitter account is a gate to the inner workings of his mind. And we, the whole world, need to guard that.

One of our classes is going to focus on (exposing?) Trump-Russia relationship. Imagine an entire semester of this.

Anyway, I am going to sleep in 10 seconds and I leave here what one prof said last week: we are journalists, we have ways of finding things out.