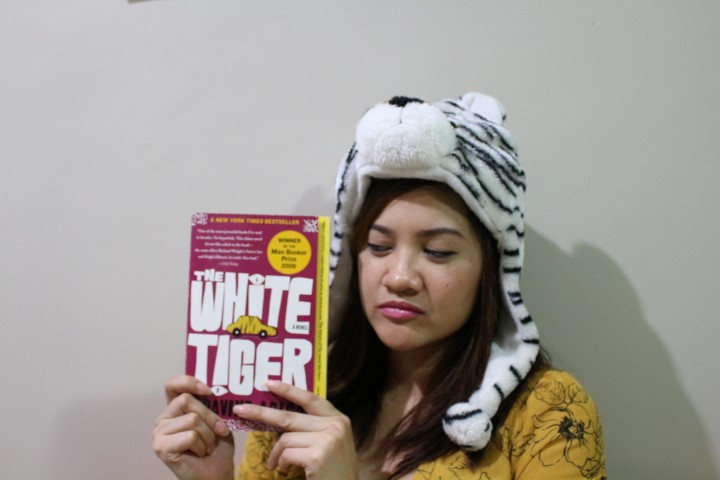 The Strange Library, best buys at the FullyBooked sale, and a raised wand for Snape

My wish list last holidays for the office exchange gift contained only one item, but a long one:

‘Haruki Murakami book except 1Q84, Norwegian Wood, Colorless Tsukuru, The Wind-Up Bird Chronicle, and What I Talk About When I Talk About Running.’

It must’ve given my Secret Santa a migraine. The minimum price was 300 pesos, and the minimum Murakami book is about P500. I thought, givers have the choice to pick any gift, so I just wrote the first thing that came to mind, but as the gift giving date neared, I feared that my Secret Santa might’ve taken to heart the search for my expensive wish. To my surprise, I received a Murakami book: the gorgeous The Strange Library, published by Knopf. I wasn’t expecting a book, but I had prepared a hardbound book to give in exchange (aside from the one I picked) just in case the Santa followed the demands of my wish; then I thought, Murakami or not, I’ll gift this book anyway. When Ina from our Department handed me a handsomely wrapped book, I gave her my token of appreciation. She was in disbelief; take it, I said. We exchanged awe. More books poured in from another exchange gift session, with college friends. Again, I put a single line in my list, “literary novel,” and it seemed to have given Jay a hard time because “literary” is the operative word. I imagine him remembering old man Terry Eagleton.* Jay gave me not one, but two: a Saramago novel and our favorite allusion when we are having “Alzheimer’s moments,” Still Alice.

Another friend Oli gifted me a funny booklet of English usage in the Philippines. Then FullyBooked announced a sale last week. I managed to get there a few hours before closing and psyched myself up to accept that my last minute arrival would come to no good. First I saw the piles. Then, the book shoppers. At 8pm, there’s still many of them. I had to compete for space. First few minutes, nothing looked worth my time. Then one after another, scraps of of luckier book buyers emerged. I saw a Nobel awardee; a novel about this filmmaker Bergman; a Cunningham (of The Hours fame); a historical nonfiction; a biography of an interior designer who rubbed elbows with pop culture icons in London; and a book on how to mix cocktail paradise on ice (credits to Mike for finding this). Evenings are going to be busy between me and these books. Do I read all what I buy? I try to finish as soon as possible. But when I come across a difficult read, sometimes I stop, sometimes I tell it “I’ll get back to you when I am prepared for you.” It could be in five to ten years, it could be during retirement.

What do I get from these books? Private musings and imaginings of authors. Stories. Characters who can be our friends in a parallel universe. Like Snape, whose character came alive through the wicked talent of Alan Rickman.

May he rest in peace. Wands up, fellow Potter fans.

*Eagleton is the guy whose essay “What is Literature” is discussed as a semester starter in college.