1Q84 punctures the boring, the ordinary and the lonely (no spoilers) Okay, let it  be said that I liked 1Q84 because I enjoy the strange and the extraordinary in the everyday life. This is just one of the reasons for recommending this novel to my friends.

Another reason is, I love the ending. I was prepared for something Murakami-ish (perplexing), but its ending was concrete and the effect is like that of a beautiful dream that you want to experience more.

But first, let’s talk about the reading experience.

I read 1Q84 in the time when I was mostly alone in a room in Singapore. After my work, I would read a chapter or two for two weeks. Reading a novel makes me forget about the loneliness of solitude. It doesn’t even matter if the boyfriend is miles away (ok, I’m just joking, Mike). Tengo and Aomame [ah-oh-ma-me, or green peas in Japanese], both 30 years old, are two main characters who, despite people around them, are alone in this world and who are used to solitude. The novel tells the story of these two, one after another: a chapter about Aomame first, then Tengo, then back to her, then him, etc.

Reading it is like following the lives of two separate persons–one is a Math teacher who writes a novel, the other a professional hired killer, so the three-book novel is like a tome of hundred stories and anecdotes tied together in 925 pages.

The last part of the third book was a rather tough read because I was rushing to get to the end. I actually sat for long hours at Starbucks till closing time and finished the whole thing at the MRT from end to end to end. I didn’t get off the train till I knew what happened.

Before one reads Murakami, an amount of preparation is necessary. One needs to recognize the fact that he likes to play with what we call surreal, if  not magical real. Also, expect that his works are not fond of explaining what happened; they’re not interested in the Why of Things. In a way, it’s exciting because it allows the readers to supply the reasons with imagination, but sometimes, it can be rather frustrating.

In the novel, one signal of the surreal is the appearance of two moons. This world that has the moons is what Aomame calls the “1Q84” as opposed to the world she knows that year of 1984 in Tokyo. Suddenly she’s in that other world, and we could only guess why or  how.

Another obvious surreal stuff in the story is the “Little People” in the novellete of a ten-year old (!) dyslexic (!) girl called Fuka-Eri. These all-knowing Little People are like the counterpart of Big Brother in George Orwell’s novel 1984, which inspired this novel’s title. But if you’re not into fantasy creatures, be happy, this novel is not quite about the Little People. It’s more of a love story than a political allegory.

If there’s one surreal part I like about the novel, it’s the mysterious way of cash finding its way both to Tengo and Aomame. They’re both brimming with money. It’s really fun reading about the lifestyle of these strangers who are suddenly given some wealth, yet both have no materialistic drives whatsoever. I mean, if that cold cash were handed to me, I would’ve spent it in expensive shoes and clothes and… wait, Aomame does have expensive brands. In fact, I tend to pause whenever a luxury brand name is dropped. One thing that particularly interested me is the bag of Aomame’s policewoman friend–it’s Gucci. How many policewomen in Tokyo carry a Gucci bag? Aside from Gucci, I remember Aomame’s Salvatore Ferragamo heels and Tengo’s Hush Puppies.

Finally I decided to like the name dropping anyway. I always walk down the Orchard Road to do some window shopping in those high end fashion stores and that gives me a clear picture of what the characters wear.

When I was taking my masters in Comparative Lit, there’s one field/course/subject that is as interesting as a detective story, Literary History.

Here, comparatists review the literary work not through some theoretical gymnastics or painful dissection/autopsy of the work, but through a look at the physical aspects of the book production. Nice no?

A literary historian would be interested in the total number of copies published, copies distributed in every country, copies sold, book designs, book material, down to the very font used.

This novel was reportedly sold by the millions starting with Book 1. One million, first run, first month.

At the bookstores, I only saw two versions, the British, which is gray and mystical, and  the U.S., which has an extreme close up of a girl’s face, with a book cover of a transluscent white paper. The British design appealed to me more than the American, and I’m sure I’ll just tear the fragile book cover of the American edition. 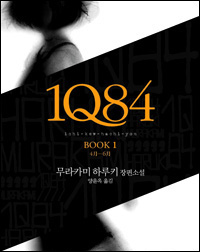 The novel  has three books because the publishers decided to put together the first two books published two years ago with the freshly published one. Books 1 and 2 were translated by a person different from the translator of the third book so it’s amazing not to notice any difference. For more information on translation issues, check out the end of this post.

In search of Murakami

Upon learning that three  of my friends were interested in having a copy, I offered to buy them each in Singapore. I went back to Kinokuniya Bookstore, my favorite hangout place in Orchard (yeah, I’m that geeky huh) and could not believe that there were only two copies left in that huge main bookstore. I took one copy and asked the staff for more. After about 15 minutes of waiting, I was told that there’s no more copy left. It’s sold out. I said, “wait, I’ll just get that other one I saw on the shelf.” It was gone when I came back. 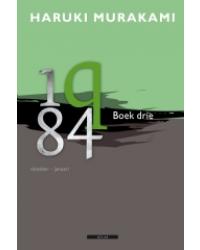 I checked out Kinokuniya at Clarke Quay the next days and found more than 20 copies on display. Yey. This branch is not even a quarter of the main branch, so I started liking it. Still, the Orchard branch is my love because of its variety and the people who are lovely to watch. I am a people watcher.

How Haruki Murakami’s ‘1Q84’ Was Translated Into English

How many pages did you translate on average each day? How long was the revising process?

Usually I work five days a week and finish a rough draft of four pages per day. Twenty pages a week, 80 pages a month—that’s always my goal. With writers whose prose is trickier, I might do only three pages a day, but Murakami is pretty straightforward and logical. It took about ten months to come up with a rough draft of Book 3 of 1Q84, and then I spent two months revising it. The first step in revising is to go back and check, line by line, the original with the translation. After the first pass the editor and I of course made some revisions, deciding, for example, to put most of the internal monologue in italics, and to put some passages that were in present tense into past. This is the part I don’t like so much. My eyes feel ready to pop out. It’s more fun to do the final run-through before I send it out to the editor. Here I simply read the whole translation again as a novel in English and try to improve the phrasing.

How did you come to Murakami?
Back in 1989, an American publisher asked me to read Hard-boiled Wonderland and the End of the World for an opinion on whether they should publish a translation. I went crazy over the book, said, “Yes, by all means!” But they passed, and I spent the next decade reading only Murakami.
Does translating from Japanese to English present peculiar challenges?
One is freer in translating from Japanese than from Western languages because there are no cognates or other familiar guideposts to which one feels constrained to adhere. It’s more like creating the text from scratch rather than transferring phrases and sentences from one language into another, probably more fun.
Has his style changed? Has your “style” of translation changed?
His style is more formal than in his earlier, crazier pieces. Meanwhile, I’ve probably loosened up somewhat over the years and taken a freer approach.
This latest is a collaborative effort—how did you and Philip Gabriel work together?
Phil started book three around the time I was starting book two, so he had seen my book one and knew about a lot of the choices I had made. For the most part, he stuck with them, but sometimes he came up with better solutions and mine were changed to match his. The editor, Lexy Bloom, did all the hard work of imposing consistency on the whole.
Do you work at all with Murakami as you proceed?
I ask him questions by e-mail now and then, and he responds in a timely fashion; 75% of the time he answers, “Do whatever works in English.” He wants the book to succeed as literature in the target language rather than slavishly adhering to his grammar or sentence structure. He’s a very experienced translator, after all.
Did any sections of IQ84 present particular difficulties?
I’m especially fond of the scene in which the female protagonist pours ketchup in a guy’s sock drawer. The main problem was to keep from laughing too hard to type.

Murakami! I want to read this book, but I think I’ll have to wait until the mass trade paperback copy is released, haha. I have just bought Eugenides’ The Marriage Plot and it’s currently throwing me guilty stares from my shelf.0_o I’m quite excited for this book’s ending, as you said it’s different from the trademark “perplexing” end.

Oh, tin, I shouldve known. I could’ve bought you a copy too, you bookworm you.

But, yeah, finish that book first. I admire the brainwork you exert on you blogposts, btw!

Which reminds me that I do have a book blog that I have to, yet again, resurrect. Thank you, Mam Ai! For what it’s worth, you are one of the people I look up to, heh. [Cue in: cheesy background music ala David Pomeranz]