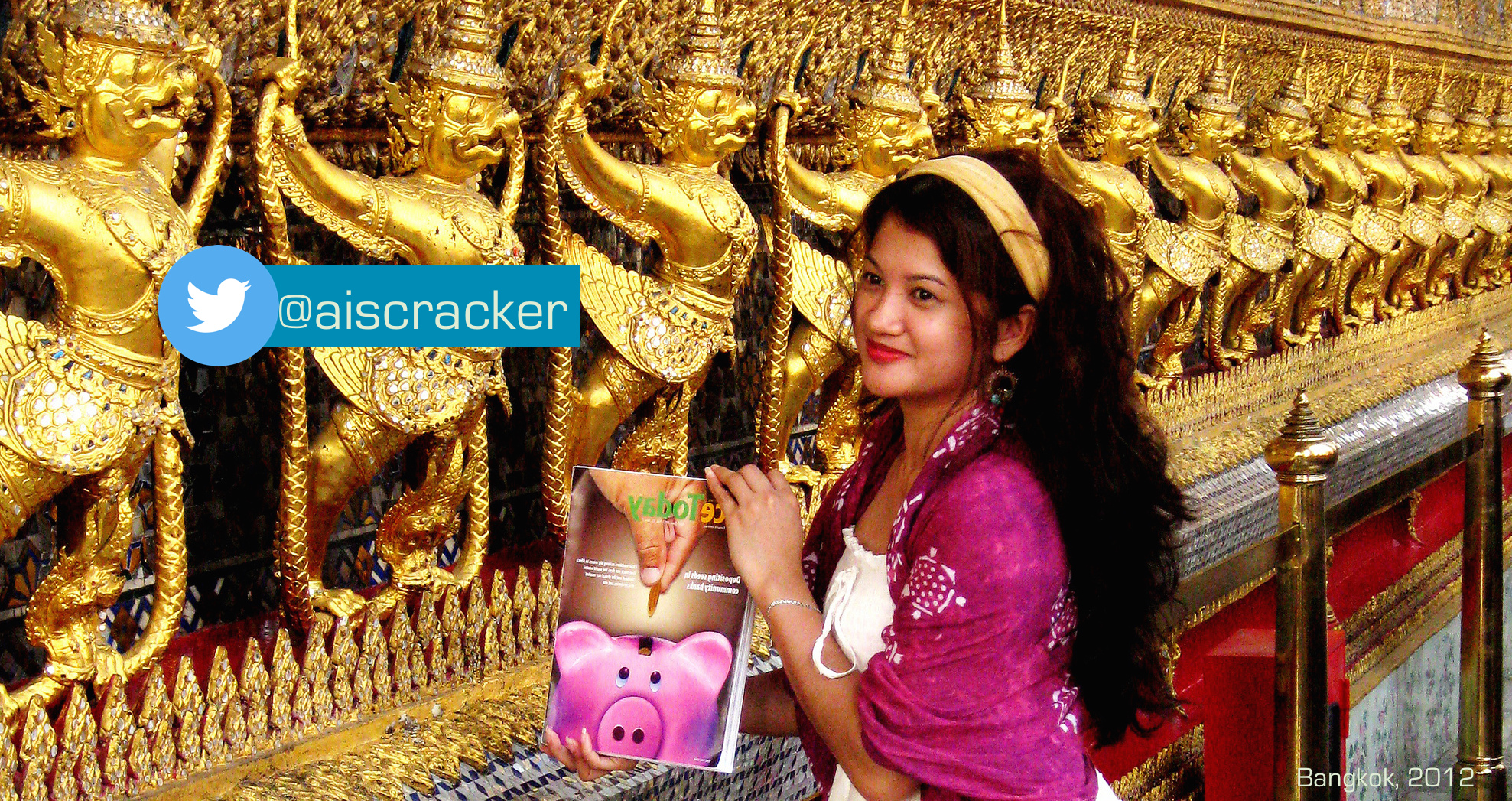 The one job in my 20s that pushed me to grow up, fast

I wanted to be an animator when I was in highschool. Someday I’ll live in Japan and join the ranks of worldclass artists who tell stories through anime or moving drawings, I’d tell myself. But then life happened, and I knew I wasn’t good enough in drawing, so I let myself pick another goal when I entered college. My daydream was to be an editor of an international magazine because magazines appealed to me back in the university days, when I’d sit on the third floor of the library reading about arts, politics, world history, showbiz, science, and technology published in Time or Newsweek. Magazine layout was simply love.

I was 26 when I got lucky to be hired in Singapore after months of searching for the right job. I was appointed to edit market reports and represent the company in its then collaboration with the world’s biggest rice science institute, IRRI. At IRRI, I was one of the editors – my dream job, in short.

Lately I am being transported back to those days, especially when my housemate and I talked about careers and our young life.

Being an editor of an international magazine was thrilling because I got to work with people from different fields and different perspectives and different places. At IRRI I met scientists, communication experts, artists – basically people who know what they’re talking about. In Singapore I met traders, business owners, and publishers. One crazy moment I could recall (among so many) was after we just finished presswork for the Rice Today magazine, and the printer was already rolling. I was strolling along Singapore’s Orchard Road when I received an emergency call from the Philippines: a map needs to be changed in the copy. I informed them that the magazine is already being printed. But the map really needed to be changed because of a possible attention it could catch, mainly because of geopolitical issues – I was told, so I quickly called the printer, who told me about the extra cost this would entail, then I informed the publishers about it. Handling a complex web of communications from graphic design team to editorial to publishers to printers and global distributor – that’s one of the thrills. Another moment: I was assisting the company in a conference in Saigon. It was the time when a former student was found dead, raped. I couldn’t function well that time as my head was full of thoughts and my chest of emotions. I was mildly scolded for looking frozen at some point, so I pushed myself to mingle with the participants from around the world and ran around Sheraton Hotel doing chores on three-inch heels. The stress was at acceptable levels since the grandeur of the place, the breakfast buffet, the room service, the exposure to interesting talks balanced the difficulties.

The other, normal days were harder. There was a time when stress was killing me to the point that I didn’t care if the plane I was riding crashes. But still, I couldn’t complain because I got to travel a lot that time. And besides, like what my housemate and I thought, these are the experiences that would teach you the most and prepare you for the future. That’s right. Thanks to that job, I learned that the universe is not about me. Naivete belongs to teenagers. Relaxation is equally important as hard work. And dreams could come true if you work hard for them. With some luck, maybe I can still become an animator, who knows?