Weeks ago saw my patience tested in the streets of Manila whipped by typhoons. One after another, surprises met me along the way, way before I set foot home.

I kept on putting off the printing of my plane ticket to the Philippines, then to my absolute shock, I found out that the date of my flight was earlier than I thought. I learned about this hours before my flight.

Consequence: I never had the time to print the ticket. At the Changi Airport, I asked the person in charge of Check In if it’s okay to go without any printed ticket; he said, yes, as long as I have the correct passport. So that was my first time to fly without a printed plane ticket.

I wanted to surprise the boyfriend of my coming home so I thought of telling him about this a few days before my flight. The day I said it was the day he told me he’s going to work abroad and that his flight was one day before my arrival.

In Tagalog, this is what you call, nagkasalisi. It’s interestingly ironic in English: missed. I missed him so I went home but I missed him by less than 24hours. Outside the NAIA Terminal 3 I waited for the airport shuttle (Php20/ride). Poster says there’s a shuttle every 15 mins. After 30 minutes of standing, I pulled my huge luggage to the taxi station (Php70 flag rate) and muttered, had this been in Singapore, two buses would’ve come. Singapore has the second most effective or something transportation in the whole world, next to Switzerland; if a bus is scheduled to come at noon, a bus will stop 12:00 pm pronto. 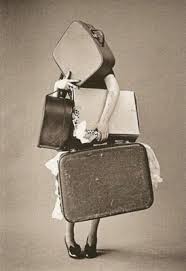 For what seems to be eternity, I sat in the middle of Manila traffic where buses, cars, jeepneys and motorcycles made modern transportation impossible in the Philippines. I think I have planned my entire life in the cab. Just before I aged, we reached the bus terminal in 45 minutes, which could have been 15 without heavy traffic.

After getting off the bus at the traffic infested Complex Balibago I dragged the huge luggage. I couldn’t emphasize more how huge the bag was because inside it was another stroller/bag/luggage. My sister asked me to bring home the huge luggage, despite my vehement refusal. She said I need to take it home so my mother can use it when she goes to Singapore.

When the mother started packing and I taking the luggage to her, she said she didn’t want to use that big bag because it seems so difficult to carry around. Oh dear.

With all patience and love, I gave my mother fool-proof  instructions on What To Do/ Where To Go in Philippine and Singapore airports since she would be flying for the first time, and all by herself at that.

My pointers are summarized as follows:

3. Walk up to the Immigration Officers (after paying Php750 fee).

4. Wait for boarding, which is about 25 minutes before flight.

When the big girl was ready for her big day, I accompanied her to NAIA and laughed because the instructions I gave her were for NAIA Terminal 1. We were in Terminal 3, so the location of Travel Tax payment booth and others are different, but, all the four simple steps were carried on, but since we were too early, I asked somebody if we can check in earlier than the assigned check in time for her flight, and he said yes.

Funny, I did everything I taught to her–paying of travel tax to checking in. I saw her through the IO and everything went fine.